The Crisis of Truth and The Power of the False; Time as Series 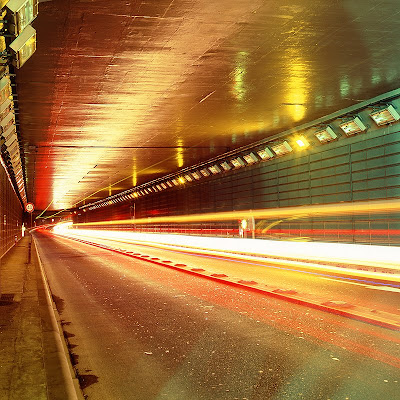 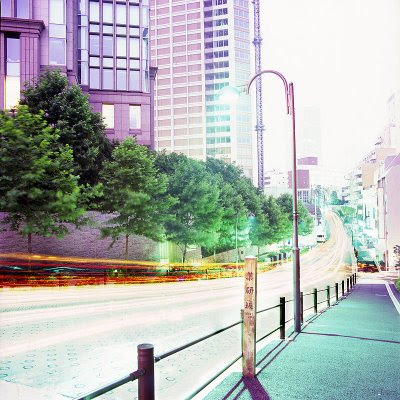 "It time appears directly, it is in de-actualized peaks of present; it is in virtual sheets of past. The indirect image of time is constructed in the organic regime in accordance with sensory-motor situations, but the two direct time-images appear in the crystalline system in consequence of pure optical and sound situations.

"A fourth point, more complex and general, follows on from this. If we take the history of thought, we see that time has always put the notion of truth into crisis. Noththa truth varies depending on the epoch. It is not the simple empirical content, it is the form or rather the pure force of time which puts truth into crisis. Sine antiquity this crisis has burst out in the paradox of 'contingent futures'. If it is true that a naval battle may take place tomorrow, how are we to avoid one of the true following consequences: either the impossible proceeds from the possible (since the battle could not have taken place), or the past is not necessarily true (since the battle could not have taken place. It is easy to regard this paradox as a sophism It nonetheless shows the difficulty of conceiving a direct relation between truth and the form of time, and obliges us to keep the true away from the existent, in the eternal or in what imitates the eternal.

"Leibniz says that the naval battle may or may not take place, but that this is not in the same world: it takes place in one world and does not take place in a different world, and these two worlds are possible, but are not 'compossible' with each other. It is not the impossible, but only the incompossible that proceeds from the possible; and the past may be true without being necessarily true.

"A new status of narration follows from this: narration ceases to be truthful, that is, to claim to be true, and becomes fundamentally falsifying. This is not at all a case of 'each has its own truth', a variability of content. It is a power of the false which replaces and supercedes the form of the true, because it poses the simultaniety of incompossible presents, or the coexistence of not-necessarily true pasts. Crystalline description was already reaching the indiscernability of the real and the imaginary, but the falsifying narration which corresponds to to it goes one step further and poses inexplicable differences to the present and alternatives which are undecidable between true and false to the past. The truthful man dies, every model of truth collapses, in favour of the new narration. We have not mentioned the author who is essential in this regard: it is Nietzsche, who, under the name of 'will to power', substitutes the power of the false for the form of the true, and resolves the crisis of truth, wanting to settle once and for all, but, in opposition to Leibniz, in favour of the false and its artistic, creative power..."¹

"Narratives have a falsifying capacity, a "power of the false" [puissance du faux], when they unfold in simultaneous presents or coexisiting pasts, but the power of the flase manifests itself in another way as well, through another kind of chronosign. When we consider a succession of events in a commonsense fashion, each event seems a discrete moment, a point in time, and the sequence of moments forms a uniform line which we tend to view from the outside, as it were, simply observing points A, B, and C, and noting their positions, A before B, C after B. But if we consider the events from "inside," as participants in the events, we sense the dynamic surge of time, the passing of A through B and into C (in Husserl's terms, we sense the present's retention of the past and protention of the future). This dynamic surge is a puissance, a power or potency of time. Withn this surge, "before" and "after" are not discrete moments but the two faces of a single puissance, a single becoming. The commmonsense succession ofmoments Deleuze calls an empirical sequence (suite emperique), but those same moments when treated as part of a single puissance,he labels a series."²

"Becoming can in fact be defined as that which transforms an empirical sequence into a series: a burst of series. A series is a sequence of images, which tend in themselves in the direction of a limit, which orients and inspires the first sequence (the before), and gives way to another limit (the after). The before and the after are then no longer successive determinations of the course of time, but the two sides of the power, or the passage of the power to a higher power. The direct time-image here does not appear in a an order of coexistences or simultanieties , but in a becoming as potentialization , as series of powers. This second type of chronosign, the genesign, has therefore also the property of bringing into question the notion of truth; for the false ceases to beba simple appearance or even a lie, in order to achieve that power of becoming which constitutes series or degrees, which crosses limits, carries out metamorphoses, and develops along itss whole path an act of legend, of story-telling. Beyond the true or the false, becoming as the power of the false."³

Posted by reverendmedia at 04:52 No comments:

The Order of Time As A Non Chronological Time: Sheets of Past 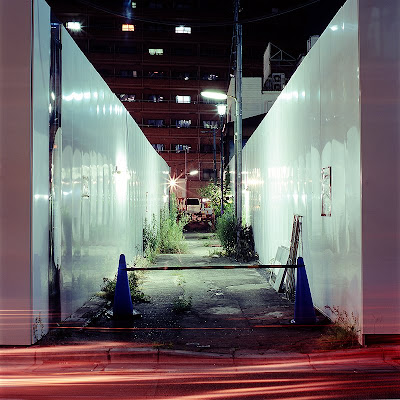 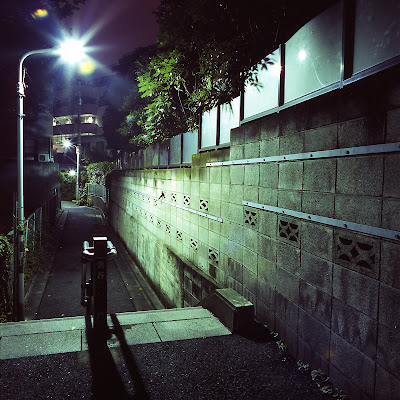 "The Bergsonian virtual past is a single dimension in which all past events coexist. The virtual past is produced at every present moment as a "memory of the present", a virtual double of each actual present. Bergson visualizes the the virtual past as a cone, with its point representing the past's coincidence with the present, and its widening volume representing the ever-growing expanse of coexisiting past events. In that our past is preserved within itself and surges forward into the present, we can say that each present moment is a contraction of the past, a concentration of the entire cone in the point of its apex. Conversely, the endless expanse of the past may be regarded as the dilation of the present, the cone's spreading volume issuing forth fro the apex of each present moment. When we try to remember something, says Bergson, we place ourselves in the past straight away, and then traverse "a series of different planes of consciousness" in search of the given memory. Each plane is a cross section of the cone of the virtual past, a nappe de souvenirs, or "sheet of memories" (as in sheet of ice), a region of the past with its peculiar affective "tones" and its "dominant recollections, veritable brilliant points around which others form a vague nebulosity". These planes of the virtual past Deleuze calls nappes de passé, "sheets of past" and gisements, geological "layers" or "strata"."¹

"Between the past as pre-existence in general and the present as infinitely contracted past there are, therefore, all the circles of the past constituting so many stetched or shrunk regions, strata and sheets: each region with its own characteristics, its 'tones', its 'aspects', its 'singularities', its 'shining points' and its 'dominant themes'.

"These are the paradoxical characteristics of a non-chronological time: the pre-existence of a past in general; the coexistence of all the sheets of past; and the existence of a most contracted degree."² 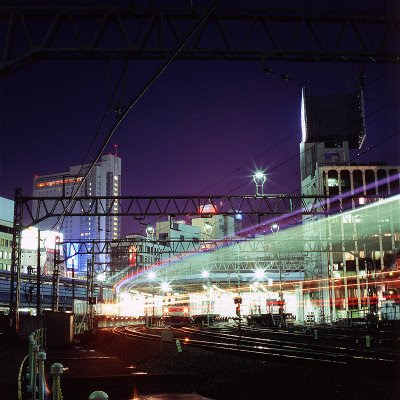 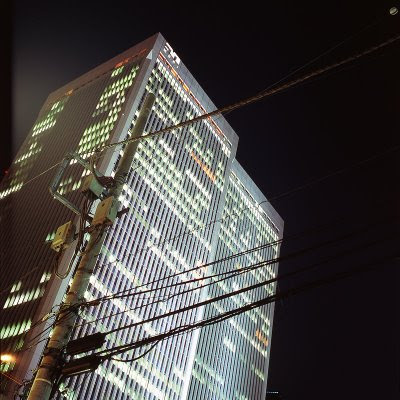 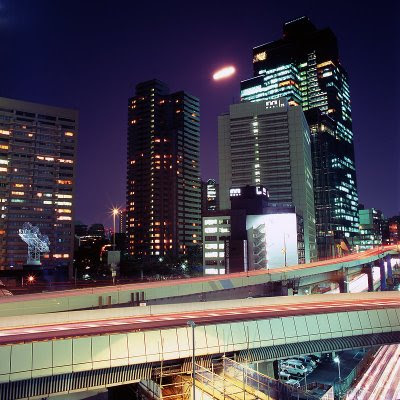 "Can the present stand for the whole of time? Yes, perhaps, if we manage to separate it from its own actual quality, in the same way that we distinguish the past from the recollection-image which actualized it. If the present is actually distinguishable from the future and the past, it is because it is presence of something, which precisely stops being present when it is replaced by something else. It is in relation to the present of something else that the past and future are said of a thing. We are, then, passing along different events, in accordance with an explicit time or a form of succession which entails that a variety of things fill the present one after another. It is quite different if we are established inside one single event; if we plunge into an event that is in preparation, arrives and is over; if for a longitudinal pragmatic view we substitute a vision which is purely optical, vertical, or, rather, one in depth. The event is no longer confused with the space which serves as its place, nor with the actual present which is passing...it is in empty time that we anticipate recollection, break up what is actual and locate the recollection once it is formed. On this occasion, there is no longer a future, present and past in succession, in accordance with the explicit passage of presents which we make out. Adopting St. Augustine's fine formulation, there is a present of the future, a present of the present and a present of the past, all implicated in the event, rolled up in the event, and thus simultaneous and inexplicable. From affect to time: time is revealed inside the event, which is made from the simultaneity of these three implicated presents, from these de-actualized peaks of present.It is the possibility of treating the world or life, or simply a life or an episode, as one single event which provides the basis for the implication of the presents."²