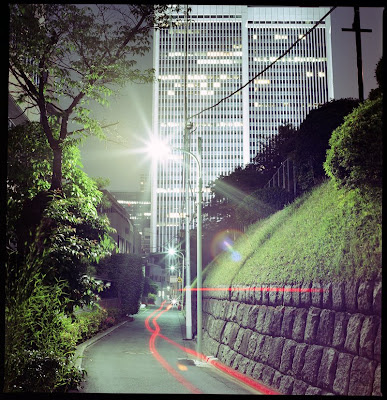 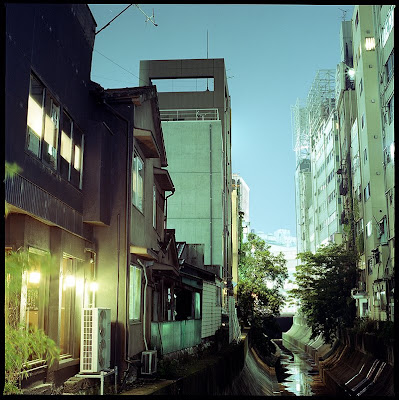 'To Recap' or 'Some Sort Of Overview' Part 3 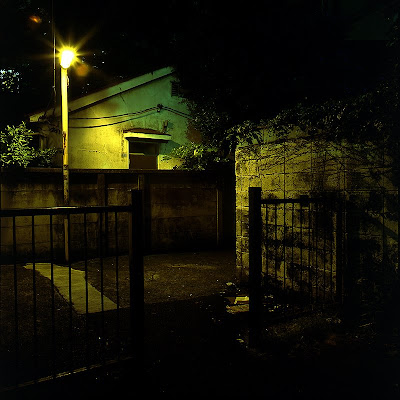 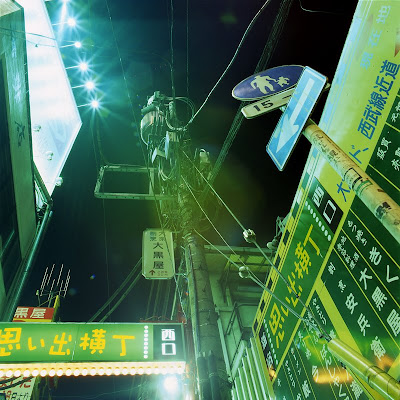 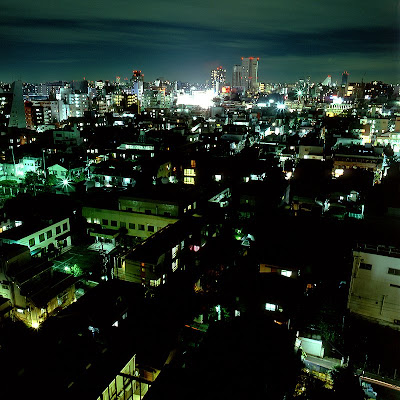 How might we recognise a point of indiscernibility? In a first approximation, Deleuze says, "it is if an image in a mirror, a photo, a postcard came to life, became independent and passed in to the actual, even if the actual image went back into the mirror, took up its place in the postcard or the photo, following a double movement of liberation and capture"¹. In what Deleuze calls an "organic" description, such as one finds in nineteenth-century realistic fiction, the object described is presumed to exist independently of the description. A "crystalline" description, by contrast, is one "which counts for its object, which replaces it, creates it and erases it at the same time, as Robbe-Grillet says, and ceaselessly gives way to other descriptions that contradict, displace or modify the preceding ones"². Crystalline descriptions "reflect a purely optical situation detached from [its] motor continuation"². The crystal-image, one might conclude at this juncture, is simply another name for the opsign - the purely optical situation - but Deleuze specifies that if the opsign is detached from the sensori-motor schema, it does not necessarily bring virtual and actual together in a single point of indiscernibility. The crystal-image is the "genetic element", the "'heart' of the opsigns and their compositions," whereas opsigns "are nothing more than the shattered splinters of the crystal image"³.

The crystal-image, then, is the genetic element of opsigns...an image detached from the sensori-motor schema in which there is no means of distinguishing the object from its description. It would seem at this point that Deleuze is confusing two questions, one of "objective illusions", such as mirror-images, and one of "representation", or the relationship between an object in the world and and its semiotic representation, such as that of a photograph, postcard, painting or prop on a stage. But the second question presumes a clear distinction between objective reality and its description, and that distinction is made possible only by the existence of the sensori-motor schema. With its collapse, Deleuze argues, there is no means of differentiating presentation from re-presentation; the object and its appearance are one. No longer are there objects and their mechanical or artistic representations, but simply images.

Bergson says that the "memory of the present" is a virtual reflection of the actual present, and that in the rare moments when we encounter the present's doubling of virtual and actual we are like actors watching ourselves on a stage. Deleuze suggests that in the crystal-image, we are not simply like actors, but we are actors - that all the world is a stage...in the sense that in the absence of a sensori-motor schema the world becomes a theater/spectacle/film of animated reflections/photos/postcards, a play of images in which the virtual and actual are indiscernible because they co-exist in the real (and not just "in our heads"). This rapprochement of optical mirrors and mimetic enactments, we should note, leads Deleuze to treat the elements of crystal-image films as "reflections" in the broadest sense of the term. At times he speaks of actual mirror images in such films, at others or mechanical reproductions of images in photos, films or video clips. But he also treats paintings and theatrical performances as reflections of objects, extending the notion as well to include simulations, mimings, and the enactment of roles as so many mirror images. Finally, he treats resemblances and correspondences between objects, settings characters, and actions as reflections - perhaps prismatically distorted, tinted, bleached or clouded, but reflections nonetheless."⁴

'To Recap' or 'Some Sort Of Overview' Part 2 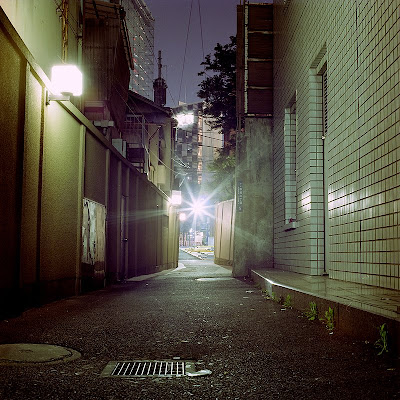 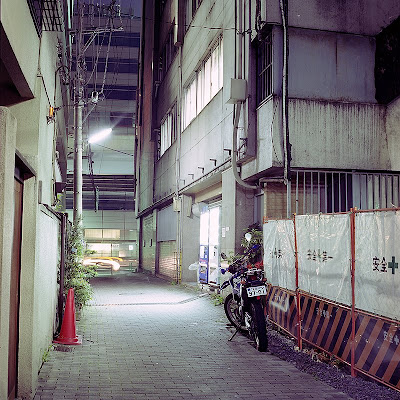 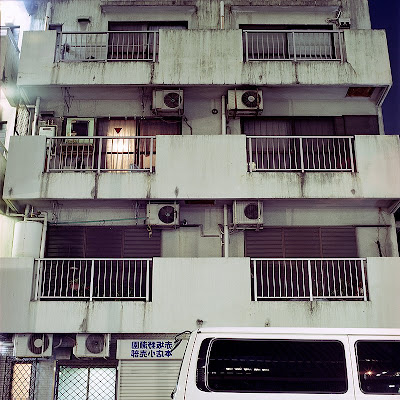 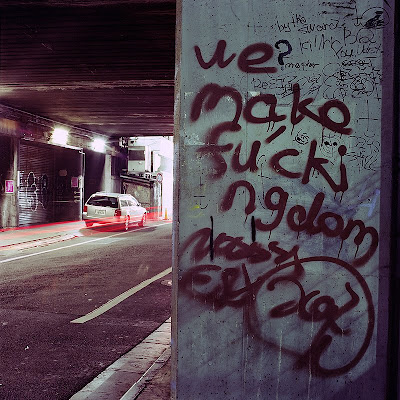 "In some images, claims Deleuze, we see the point of indiscernibility itself - in what he calls time crystals, whosr corresponding signs are halyosigns (from Greek hyalos, glass). Bergson once again provides Deleuze with much of the scaffolding for his analysis. Bergson examines the uncanny phenomenon of déjà-vu and concludes that this uneasy and vague sense of having already experienced a present event stems from the fundamental nature of time, perception and memory. Bergson...argues that memories and perceptions must be qualitatively different from each other. He asks, When is a memory formed? And his conclusion is such that such an event must take place in the present - in the future makes no sense, and if at some juncture in the past, there would be a memoryless "dead zone" between the present and the whatever point in the past one should choose as the initial memory formation. There must then, be a "memory of the present",a virtual-image that co-exists with each perception-image in the present, a virtual double that is like a reflection in a mirror.

Deleuze insists, that Bergson's virtual domain, though mental and reflective, is noot that of personal subjectivity. In his first book, Bergson does conceive of memory in terms of an individual consciousness, but in Matter and Memory and Creative Evolution, he argues that the past preserves itself by and in itself, that the past exists as a single domain and hence as a kind of gigantic memory. The ocean of memory is the virtual past, which gushes forth at each present moment in a perpetual foundation of time.

In Bergson's schema of attentive recollection, the smallest circuit is labeled AO, and the absence of an A' is explained by the fact that perception, when seized in this marrowest instant if the present, allows no clear separation of A from O. The present is immediately double, an actual present perception and a virtual memory of the present, a mobile mirror that is the ongoing splitting and coexistence or actual and virtual, physical and mental, present and past. Though expressed as two terms, AO is a two-in-one, a point of indiscernibility. Like a mirror image that joins actual object and virtual reflection, the point of indiscernibility is an "objective illusion", not something simply "in our heads"; it is a real doubling in which virtual and actual are distinct but unassignable, in a relation of "mutual presupposition" or "reversibility"". 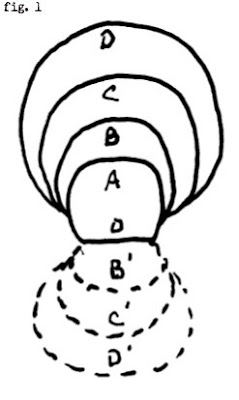 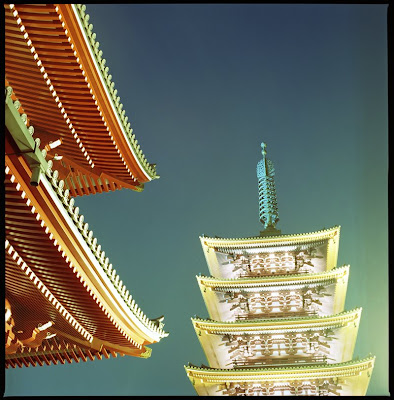 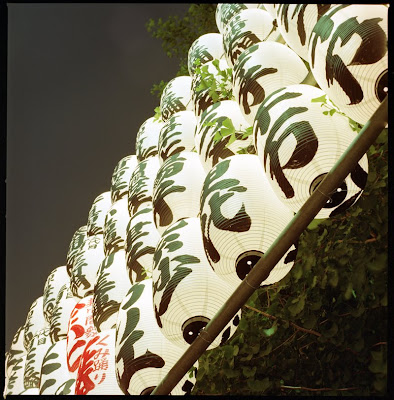 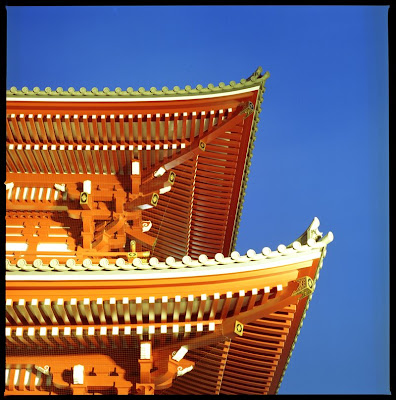 Posted by reverendmedia at 08:25 No comments: